back to blog
May 27, 2013
Why You Should Localize from Day 1 (And How to Do it Painlessly)
byDimitris GlezosinBusiness

Localization is rarely discussed (and often overlooked by developers), but it is increasingly important in today’s economy where mobile development is a global industry. The United States ranks fourth, behind South Korea, Hong Kong and Taiwan in the number of mobile device users per capita. Singapore, Israel and a quartet of European countries round out the top 10.

Localization is certainly worth the effort. A 2007 paper by the Localization Industry Standards Association (LISA), for instance, reported that $25 dollars was returned for every $1 invested in localization. And a 2012 publication from Distimo revealed that on average, applications increased their download volumes on the iPhone by greater than 128% the week after introducing the app in the user’s native language.

But localization can also be a huge undertaking.

Localization can be expensive and cumbersome

But it doesn’t have to be.

Currently, there are three approaches to translation: manual, automated, and hybrid. Each has its own benefits and drawbacks:

Automated – Computer software is used to translate text from one language to another. Also known as “Machine Translation.”

Hybrid – Human translators are paired with a localization platform that helps automate the localization workflow for developers, product/localization managers, and translators. It brings the benefits of the manual and automated approaches and the drawbacks of neither.

After a few years of trying to build super-computers that understand human language like only a human can, the localization industry is now leaning toward the hybrid approach that still brings a great deal of processor power to bear. The difference though, is in the personal touch that only someone with skin on can provide. A machine cannot understand context or tone. A machine cannot understand the difference between “manual” meaning “by hand” or “manual” meaning the skateboard trick. It can’t inject energy into a paragraph with an unexpected word choice. Those are things that only humans can do.

Once you select from one of the above solutions, the issue of workflow remains. Decide how your localization will get done, and you will also need to decide when in the development process your app will be translated. Developers traditionally approached localization in one of two ways:

In Development– Some developers opt to add an extra step to the release process after which no strings (also referred to as “segments”) may be added, edited, or deleted. This is sometimes called a string freeze. This gives translators the necessary time to work on and test translations without fear of changes. Following this point, only minor bugs may be addressed – strings cannot be changed.

Post-Release – The second approach is to release the software and add translations afterwards. This means some pages will be not translated at all, or for software with a previous release that has been translated in the past, only partially translated. With this approach, companies are unable to do a simultaneous release in multiple languages.

Using either of these traditional workflows means localization will be performed in large batches, making it incompatible with today’s agile processes. It delays the availability of the software in languages other than the source language. And every delay is a missed opportunity to create new customers and generate more revenue. 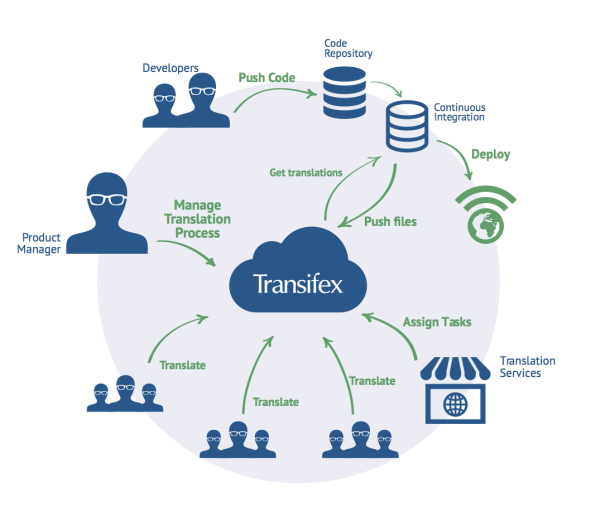