I started developing iOS apps 5 years ago, which can be loosely equated to 50 years in a different, non-tech industry, where the pace of growth is much slower. As a sign of the warp speed at which things are moving within the app economy, simply consider that when I started, back in 2010, there were only 300.000 apps and those were only in the Apple App Store; right now there are over 3 million apps across all stores, which goes to show the phenomenal pace with which the app economy is skyrocketing. During this time I’ve developed over 12 apps at Anlock as an indie dev, which have seen 2 million downloads, and more than 4.000 reviews with an average rating of 4.0 across 110+ countries. 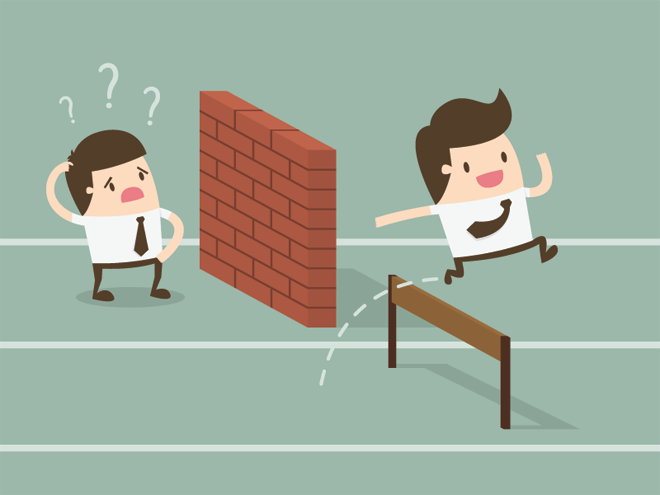 Aside from app development, I’ve also been very active in the kids’ educational developer community, starting as a member of Moms with Apps in 2011. Later, I co-founded the Know What’s Inside™ program, dedicated to helping family-friendly app developers implement best practices around privacy and complying with privacy rules. And for many years I was head of the App Friday program, which was created by family-friendly app developers who simply wanted to raise visibility around kids’ educational apps.

Due to this active involvement, I have seen many fellow indie developers come and go. At first, some of them made it big for no reason that I could fathom, but later, as the industry matured, it became increasingly harder to succeed and a very small number of indie devs actually made it. [tweetable]Success in the app industry is the product of hard work and continuous efforts[/tweetable], and most of the indie devs I know eventually tire out and throw in the towel; a couple of months ago it was my turn.

Because of this extremely fast pace with which the industry is growing, I have always been on the edge, trying to cope with the curveballs the App Store has been throwing. At the beginning, the challenge was simple – all you needed to do to succeed was put together a decent app that was centered around the revolutionary concept of users interacting with content through touch on their phone screens. Soon the challenge shifted and the focus was on having appealing graphics and marketing your app. Very quickly, marketing become predominant, if you did not have a marketing plan in place before you even started developing your app you had no chance. At the time, that meant actively using Facebook (before its IPO, when posting was free), Twitter, YouTube, cross-selling between apps, etc.

And then, a few months ago, I realized that the last curveball the market had thrown was beyond our small team at Anlock. Having a good idea for an app, a good UI/UX execution with excellent coding skills and a marketing plan was simply not enough any more. The app idea itself had to be exquisite and its UI/UX execution brilliant to even have the slightest chance of success. Which absolutely makes sense when you consider there are 3 million apps out there. Of course there will always be Flappy Birds that are beyond “logic” and hit a nerve with users and go viral, but that is one app in 3 million, quite literally.

As far as I was concerned, [tweetable]the app market has just reached that hyper-competitive stage[/tweetable] that was simply beyond our team at Anlock, despite our years of experience, our extensive app portfolio and our 2 million downloads. So, when the opportunity presented itself I opted out and left Anlock.

There I was with 5 years of solid iOS development faced with either having to start all over again in a hyper-competitive market or get a job as a freelance iOS developer. Having closely followed the debate about tech talent shortage the past year I decided to go freelance.

It only took me about a month to realize that are a lot of job openings out there and I actually got to pick the role I found most fascinating and challenging. I have now joined Daredevil Project that “makes mobile social games for the ‘real word’”, in charge of the iOS development of Duel that will be launched in the coming months, effectively putting an end on my indie years … for now at least!