back to blog
July 29, 2014
Users Are People Too: The Key to a Successful App is Knowing Your Users
byArthur NoortinTools

Given the staggering odds against the success of any app in the marketplace, it is surprising that so much effort is devoted to the creation of apps, many of which never see the light of day. 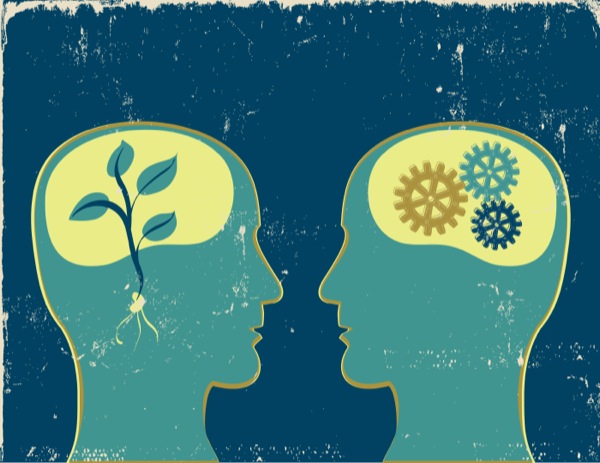 With very few exceptions, pure word-of-mouth and organic growth without additional effort on the developer’s part is not enough for an app to surface above the noise. As a result, an entire cottage industry of “growth hackers” has emerged, one which takes traditional marketing approaches and combines them with rigorous metrics to make sure that every step of the process is measurable and actionable. For example, Quora closely monitored the behavior of their most active users. They found patterns that were used to stimulate other users to behave in the same way.

[tweetable]One of the limitations of the growth-hacking approach today is that the mobile ecosystem is still a Wild West[/tweetable], similar to where the desktop software industry was some 10-15 years ago. The most established mobile tools, such as Flurry and Google Analytics are really good at telling developers how users are using the app… which version, operating system, for how long a user engages in the app, which buttons are being pressed, etc… but do little to tell you anything about the wants and needs of the people using the apps.

While these descriptive analytics are critical, there is another piece of the puzzle for creating a successful app, which has been undiscovered by developers today: human understanding.

Human understanding is defined as the knowledge about a user’s demographics, interests, and intents. While tools like Flurry and Google Analytics are starting to provide more of these user insights, they are typically presented in aggregate form, which makes a user hard to understand on an individual level.

So what can be seen as an improvement? How do you know if you are providing more value to a user or if you’re slapping on features your users don’t care about? The answer lies in understanding your users.

A good place to start in trying to understand your users is to use analytics tools. This seems obvious but only 21% of app developers use these. The most basic information that could provide significant value is to know the demographics of your users. Are they mostly male or female? What is the age distribution? What is their income distribution? Also, from what countries are your users and what languages do they speak? With this data it is possible to make broad categorizations of users. For example, data can show that your app is popular in France among middle aged women. Without being prejudiced, one can assume their English is not great. Translating your app can boost its popularity even more and increase overall satisfaction with your app among these group of users.

The subsequent step is to find out what interests your users have. Integrating social media login possibilities in your app and asking for the right permissions can provide you with all the self-declared interests of the user. Combining this with their demographic data gives you improved segmentation options, which is another step towards a true understanding of your users.

Contextual information is important to consider as well. Where are people using your app; at home, while commuting, at work or in the gym? When are they using it? Only at night? Several times a day? How does this correlate to other users and what conclusions can you make from this? Also, on which devices/operating systems are they using your app at home and which ones while travelling? Figuring this out can direct your creativity and efforts to build features that cater to the context in which your app is used.

Given the vast amount of apps that are offered, no matter how unique your app is, your app has competition. To understand your user isn’t limited by figuring out who they are and how they behave in relation to your app, it’s about the competition as well! How often and how much do your users log in to competitive apps? What are the unique features of the most used competitive apps? Knowing this provides valuable information of what users appreciate in competitive apps.

When all these questions are addressed there is a huge opportunity to grasp. Combine the segmentation information with the usage data from your app – sessions, time in app, ads clicked, screen flow, transactions, returning user, etc.- to identify your most valuable, most engaged and/or most loyal users. Who are they? How are they using your app? If you find answers to these questions, you’ll have identified the people who value your app the most, as well as how they use it and which features create value for them. Having this insight can mean the difference between the life or death of an app. However, it’s important to consider that ultimately the actions that are taken based on these insights decide the future of the app.

What to do next

When you know who are your most valuable (whether this means most loyal, engaged, contributing to revenue, etc.) users you can start targeting and catering to the needs of those users. For example, when implementing changes in the user interface, most developers use some form of A/B testing to figure out what the effects are. This acclaimed method of improving your product can be even more effective when you filter out the effects of those users that are of little value to you. For example, you can be A/B testing an ad in order to optimise clickrate, but seeing very small differences between the two groups. However, if you segment your audience you may see vastly different results; your target group of ‘valuable’ users might be much more engaged with the content than other user groups. The same technique can be implemented for building new features, expanding your offering of in-app purchasable items and personalizing content. [tweetable]By knowing your users you are able to make better and more timely decisions to improve your app[/tweetable]. Over time, your most valuable users are perfectly catered to which makes them love your app even more. This results in a higher retention rate, more engagement and a higher chance of getting recommended to their peers.

Financially, knowing your users makes sense as well. You can offer your ad space to advertisers that are targeting the segments you identified to be your most loyal and engaged users, which raises the eCPM and lowers idle time of your ad space. Additionally, marketing efforts to obtain new users yourself can also be highly targeted. Most developers greatly underestimate and are dissatisfied with the cost of acquiring new (valuable) users. With true user understanding it is possible to specify efforts and use your marketing budget efficiently and effectively, simply getting more bang for your buck. This is especially relevant for developers who are trying to make a decent living from their apps. These findings correspond with those of advisory company Gartner. They concluded that in order to make an app profitable, developers need to win customer’s loyalty and satisfaction by delivering a well designed and top-performing product.

Building your next app

Success is a concept that can mean different things to different people and different kinds of apps. Some developers don’t like to discuss marketing and the business side of developing and maintaining an app, but it’s an indispensable part of making an app successful. For the people that are in it to make a living, knowing your users is crucial. Raising your ads’ eCPM, lowering its idle time, getting a higher return on marketing investments and a higher Life Time Value (LTV) is worth taking the time to get to know your users. Your efforts will be focused to cater to your most valuable users which greatly improves effectiveness across all your activities, from building new features to marketing your app.

Having these insights doesn’t have to be limited to just one app. Building your next app based on this vital information can give you a head start. You can use it to answer questions such as: What platform should I focus on? iOS, Android, both or try other platforms with less competition? Optimize for smartphones, tablets or both? What sort of features were most appreciated by the most valuable users in your other app? Who were the users that did not show any improvements in usage after an update? What can you do to turn the least valuable users of your other app into the most valuable for your next one?

Having a successful app is every developer’s dream when they push their app live. However, given current statistics on overall user retention in the app stores, there is a lot of room for improvement. The old saying “to measure is to know” is very applicable in this matter, but it’s only half the work. Turning what you know into actionable information is when the real magic happens. Only then you are on the right track towards systematic improvements to your app and getting that elusive success you are dreaming of.