Screens are everywhere. We’re rapidly being surrounded by bits of glass with some app or other running behind them. Developers have an ever increasing choice of screens to target. There’s a clear and increasing trend towards greater use of mobile screens. However, where is the money? Which screens are users most likely to pay for apps and content for? Are different revenue models better suited to particular screen types? 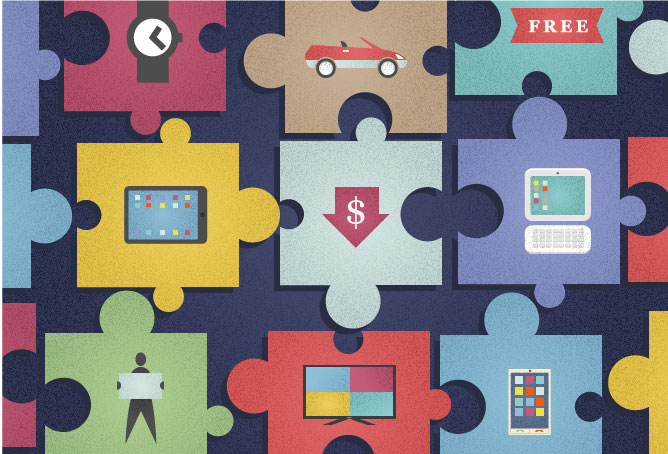 Our developer surveys are only for developers who target mobile devices. However, the developers don’t exclusively target such devices and some don’t even consider them their primary target. The only screen types considered a primary target for large numbers of developers are smartphones, tablets and PCs; all other screen types are relatively small niches. There is some interesting variation in the success of different revenue models by screen type. However, developers earning very high revenues (>$100k per app per month) are fairly evenly spread across revenue models and so they significantly distort averages towards less popular revenue models. It turns out that nearly all of these developers actually use several revenue models simultaneously (far more than the average developer) and we don’t have the data to split out which ones are actually bringing in the bulk of the revenue. Excluding these high earners from our analysis we see the spread of revenues across screens and models in the chart below.

The most obvious pattern is that [tweetable]revenues for developers who primarily target PCs are generally higher than for those who target smartphones[/tweetable], which in turn are higher than those for tablets. Now, remembering that these PC developers also target mobile platforms, we are most likely looking at more mature businesses and almost certainly more developers targeting enterprises. Affiliate or CPI (cost per install) scheme revenue stands out for PC developers in particular. Affiliate marketing is a fairly big and mature business on the desktop web but CPI schemes for mobile app developers are a relative new and high growth business. Currently, anyone who can reach mobile app users and provide paid installs below the expected lifetime value of an average user is seeing significant demand. With development costs essentially fixed and the marginal cost of serving a new user extremely close to zero, successful consumer focussed mobile apps are willing to pay handsomely for installs.

The notable exceptions amongst tablet first developers are those selling subscriptions; [tweetable]median revenues for tablet subscription apps are by far the highest across all screens and revenue models[/tweetable]. It’s easy to speculate, with tablets being such excellent media consumption devices, that these subscriptions are mostly for media content (magazine, news and video) apps. Obviously there are high costs associated with producing the content, so those high revenues don’t necessarily translate to high profits. Additionally, the higher than average median revenues for developer services on tablets may be related, since tools and platforms for content publishers on tablets are fairly popular.

On the desktop web e-Commerce is a giant industry and yet we see smartphones ahead of tablets, with both quite a long way ahead of PCs for e-Commerce revenues. All the e-Commerce spending data says the opposite, with PC spending still ahead of tablet spending and smartphone spending the lowest. Perhaps the scale advantages in online retail mean that there aren’t many businesses able to compete in sub-$100k / month revenue filter we’ve applied here and there are just some niche mobile first e-Commerce solutions starting on smartphones. Indeed our top end revenue band of $500k+ in the survey is probably not large enough to reflect successful e-Commerce businesses. Possibly our survey just hasn’t attracted a representative cross-section of e-Commerce developers.

Currently PC-first developers are still making the highest revenues for most types of business. Indeed, even the simple paid download model that seems to be almost dying on mobile platforms is looking fairly healthy on PCs. Tablet-first software developers aren’t yet seeing fantastic results despite the growing penetration of the iPad in enterprises and educational institutions. The giant installed base of smartphones does not yet offset the low revenues per user from what are mostly consumer apps. Mobile developers need to focus more on which users are willing to pay for software and what they’re willing to pay for in order to grow revenues. [tweetable]Mobile-first may be an excellent design philosophy but it shouldn’t also imply mobile-only[/tweetable]. Subscription-based businesses are working very well across all screens. Most developers offering subscriptions provide clients for all of the screens their customers use to access their content or service. It seems increasingly likely that the future, regardless of revenue model, will reward those who offer services that work seamlessly across all the screens a person owns, rather than focussing on one over others.