back to blog
June 24, 2015
The Science of Mobile Game Marketing
byMorten GrauballeinBusiness

Two years ago, I stepped into the mobile games market when I joined Planeto in Malmö, Sweden. With more than 5 million downloads, Planeto is a leader in knowledge-based mobile gaming. The experience at Planeto has changed me as a product creator and marketer.

Like many of my Scandinavian tech colleagues, I come from the planet where they build mobile phones. One step up the software stack to apps did not seem like a huge leap, especially as Planeto develops games for smartphones. As it turns out, one of the most talented game designers in Southern Scandinavia took me to a planet that was significantly different.

This is part two of a three part series on battle insights by a mobile game CEO. 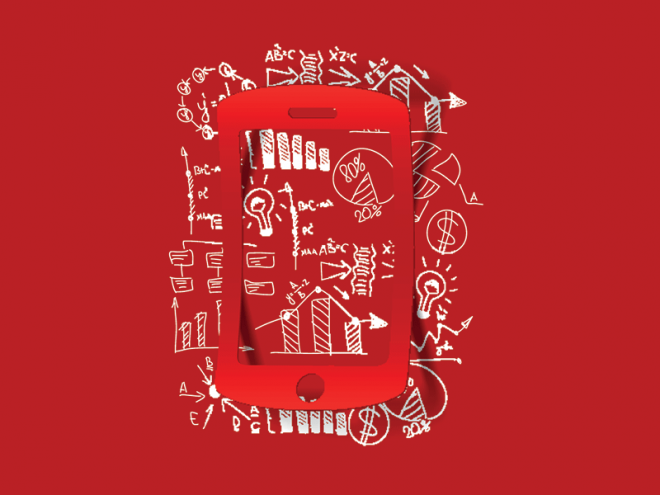 Living in a World of Algorithms

In my first blog post, I addressed the development of the magical gameplay loop, a process that involves human beings at a very fundamental level working with basic needs like happiness, competition, and the urge to progress. In stark contrast, [tweetable]the marketing of mobile games hardly involves any human beings at all[/tweetable].

The mobile gaming market is at the extreme end of the digital revolution. In other industries, there is an existing physical distribution and marketing channel that gently slows down the product life cycle. There are fashion shows ever so often. There are retailers, who stock up on new items once in a while. In mobile game distribution and marketing, there are no physical inventories. There are just algorithms and a furious pace.

In a world of appfication, anyone involved in product creation and marketing needs to understand the basics of algorithm-driven marketing. That is where we are heading.

Starting with the App Store

Most people find apps by browsing the App Store or Google Play. A close second is recommendations from friends and family. People across the globe discover games in those two ways. It is as simple as that.

Apple and Google have not disclosed how their search algorithms work, but app marketers suggest the following parameters have an impact:

Title and keyword optimization is a topic on its own. Let us instead explore how rating and downloads can be improved.

Getting Your 4+ Star Rating by Beating the Algorithm

If you have read my first post about the magical gameplay loop, then you already know that perfecting the gameplay loop is crucial to creating a good game. In most cases, a good game does not automatically guarantee a good review. Customers will give you a one star rating for many different reasons: connection errors, strange chat messages from other players, tiny features that they do not like, etc. Often bad reviews do not contain any text – just a single star, a negative impact on your ranking, and a customer that rapidly moves on to the next app.

To avoid the info-less one star review, you need to take the pace out of the rating algorithm by implementing a funnel system that leads customers to the right place. The objective is to get only happy customers, who are willing to spend time on your app, to leave reviews. Unhappy customers, who are also willing to spend time on your app, send you an email with their issues instead. Quite a simple change that actually provides much more valuable info – you may find the details here.

Cross-promotion is a Friendly Face in the Sea of Algorithms

Once you have your ratings sorted out, the next step is to drive downloads. By far [tweetable]the easiest and cheapest way to drive downloads is to cross-promote in your existing games[/tweetable]. This is of course not an option for first-time developers, who instead should be thinking of including mechanisms to cross-promote the next game. Never think of your business as a one game business. We have successfully used Appboy in all our products, and it works wonders for us. Chartboost is another option.

Create your own friendly faces!

Living with the User Acquisition Algorithms

If you do not have a successful app already, then you need to follow the painful path of acquiring new users. No friendly faces here. It all comes down to math. The basic equation you need to be aware of is this:

LTV can be calculated in many different ways, but in simple terms, it can be thought of as Average Revenue Per Daily Active User (ARPDAU) * Average retention in days. K-factor is the number of users invited by each new player. If your CPI is $2, your LTV is $1, and each player invites another player (k-factor = 2), then you are break-even.

As such, the concept is simple, but it explodes rapidly. There are hundreds of different advertising channels to use and hence CPI never stands still. ARPDAU is easy to calculate on a given day for all your users, but as soon as you break it down into segments/cohorts (time, advertising channel, segments, geo, etc.) it becomes very complex fast.

Very few developers win in their fight with the UA algorithms. This is truly a scary beast. Experiment with UA, but do not get carried away, until you have a winning formula. In general, nothing is 100% guaranteed. The formula might work for one geographical area and might be totally inoperative for another.

Apple Recognizes the Challenges with Algorithms

Over the last couple of years, the big game developers and publishers have gotten bigger and customers struggle to find new games – however good they are. Apple has been trying to curb the negative side effects of the App Store algorithms by including more editorial content. The aim is to promote quality games by letting human beings select the games that gets most visibility in the App Store. That has sparked an entirely new set of recommendations on how to get featured by Apple. Google stays true to its roots and is still working to solve the quality versus quantity issue with algorithms.

In a market where there are only two relevant stores, I am not sure I feel completely at ease with the thought that the storeowners decide what goes on the shelves. It drives up the bargaining power of those storeowners to new heights.

Optimizing Your Advertising Revenue by Playing Algorithms Against Each Other

Getting plenty of downloads is only one-half of a successful game. The other half is revenue. Most first-time F2P (Free to Play) game developers make the mistake of implementing their own advertising solution with one or two advertising networks. This does not work and it will hurt you badly, if your game makes it through the noise and becomes successful.

You need an ad mediation layer from the get-go – an algorithm that allows you to fight all the other ad algorithms for you. More about revenue options in the third and final blog post of the series.

…and That is Only the Beginning of Mobile Game Marketing

I have not touched on keyword optimization, user engagement campaigns (i.e. how do you convert users from free to paying users), user acquisition tracking, k-factor optimization (i.e. how do you get users to invite other users), and retention funnels. For each of these areas, there are plenty of algorithms to learn and speak.

To make your apps successful you need to take on the algorithms that govern the marketing and distribution of games. As a rule of thumb (and to set your developers’ expectations right), it is reasonable to budget with 50% of a quality free-2-play game development project being on components (in-house or 3rd party) that does not relate to the actual gameplay loop.
We all love to work on the magical gameplay loop – it is truly rewarding – but the right infrastructure components allows you to take advantage of the algorithms. Do not underestimate the power of the algorithms.

Interested in part three of the series on mobile gaming? Read about Business Models here