back to blog
September 03, 2014
Is the Indie App Opportunity Gone?
byMark WilcoxinBusiness

The app stores created an opportunity for any developer to build their own products and reach a global audience with them. For some developers this offered the promise of an independent app business, giving them creative control of their work and hopefully a comfortable income. Recently there have been lots of posts (great summary list here) from current and former independent app developers about the state of the market and how much harder it is to earn a living from your own apps. If it’s tough for established indie developers then is it still possible to get started? We’ll look at how the market has changed and share some data on the revenues of over 500 solopreneurs and small indie developers versus their bigger rivals. 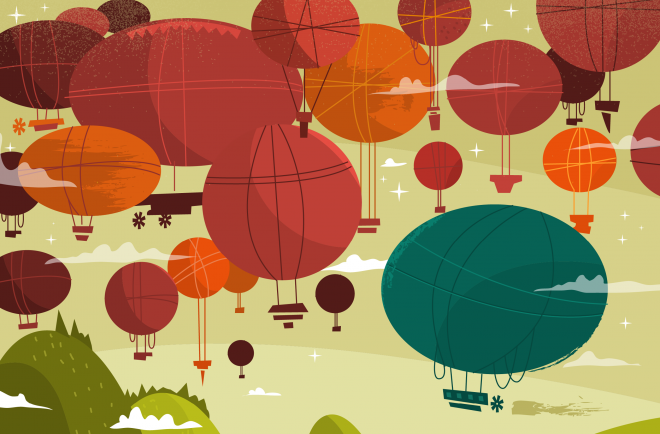 [tweetable]A key advantage of small indie app developers is their agility[/tweetable]. They can shift their strategy to take advantage of new opportunities incredibly quickly. The success story that may have started the iOS app gold rush was built before there was an official SDK or App Store. Steve Demeter was working on ATM software for a bank and built the game Trism in his spare time, initially releasing it for free to the jailbreak community. When the App Store launched it was initially a $5 paid download that earned $250,000 in profits in the first two months. Demeter quit his day job to become one of the first full-time iOS indie app developers. Trism was reduced to $3 to stay competitive but went on to sell around 3 million copies. Four months of evenings and weekends, just a few weeks equivalent in full time development, earned a life-changing amount of money.

It’s the overnight success stories like these that continue to drive lottery-like behaviour from some developers. Playing for the outside chance of winning big. Even the media coverage at the time noted the increasing competition with more than 1500 iPhone games available in the App Store! Today’s developers would love so few apps to compete against; there are now hundreds of times as many.

By 2011 life-changing solo developer success on the app store looked rather different. A $5 app created in a matter of weeks wouldn’t stand a chance. Andreas Illiger is a gifted musician, artist and coder. His Tiny Wings took 7 months of full time effort to create and sold for just $0.99. The increased scale of the platform meant he was able to sell more than 10 million copies. In 2014 it’s debatable whether a solo developer will ever repeat the feat. Monument Valley looks like the modern benchmark for a chart topping paid game title but developer UsTwo primarily serves clients in three countries and has over 100 staff in the London studio that created the game. Sirvo’s Threes! is a better comparison yet it was created by three people over a 14-month period (not full time). Threes! was almost immediately copied with numerous free alternatives to the $1.99 original springing up. Whilst Tiny Wings enjoyed a year as a top 10 game and another two inside the top 50, Threes! is already in danger of heading out of the top 100. [tweetable]There’s just so much free-to-play competition[/tweetable]. Making a more complex game to differentiate from the crowd is just beyond the scope of most small independent developers.

Lets take a look at what Hunters (our name for developers that are aiming for direct revenues from their apps) can expect to earn at different company sizes.

As you can see, iOS is still a much healthier place for an indie app developer to be than Android but unless your cost of living is very low then the chances of making a comfortable living aren’t great. The bigger developers are taking over the top charts. [tweetable]If you’re outside the top app charts then it’s incredibly hard to get noticed[/tweetable]. Some of the successful smaller developers in our survey already have established apps with a strong history of downloads and ratings that keeps them high in the search results. If you’re just starting out, is it still possible to join them?

The key difference with non-game apps is that they don’t all compete for the same attention. If your indie developer dream is to build the app you really want to use and be richly rewarded for it, you’d better have a fairly unusual problem that you want solved. Jared Sinclair’s Unread is the cautionary tale for those wanting to build for other technology lovers like themselves. An RSS reader (or client for any popular internet activity), however beautifully executed, has to compete with a vast array of free alternatives. Many of those other apps will have been built by hobbyists with no need to make any revenue at all. Anyone wanting to succeed as an indie developer today needs to think like a small business. Trying to compete with hobbyists is as futile as trying to compete with Google.

The right sized niche for an independent app is one that’s small enough not to be interesting to much bigger competitors but big enough to earn a living. Even winning the niche is not going to support a big team. The best niches will need specialist knowledge or intellectual property that make them both unattractive to hobbyists and defensible. Ben Thompson provides a great case study of Pleco, a Chinese dictionary app with some high-value in-app purchases. This example has two key advantages worth replicating: unique licensed content and a natural channel to market outside of the app stores.

What about getting rich?

If that sounds more like hard work than the indie developer dream of becoming an overnight app millionaire, it is. It’s also many, many times more likely to succeed. [tweetable]If you want to be an app millionaire then build contract apps for businesses and grow a team[/tweetable]. Then build some products for enterprise customers in niches that won’t attract immediate competition from much better funded rivals. Or get some venture capital and think really big! If you prefer the dream of being a millionaire, stick to building apps in your spare time. Better yet, buy a lottery ticket, it’s much less effort for about the same odds.