back to blog
November 19, 2013
Are you using the right app revenue model?
byMark WilcoxinBusiness

The most popular revenue models appear to be those that are easiest to implement. The developers using them tend to have lower revenues. This may be due to greater competition or it might just be a result of less sophisticated app businesses producing less valuable apps. There are some interesting differences between platforms but [tweetable]subscriptions appear to be a relatively untapped gold mine everywhere[/tweetable], although maybe not for everyone. 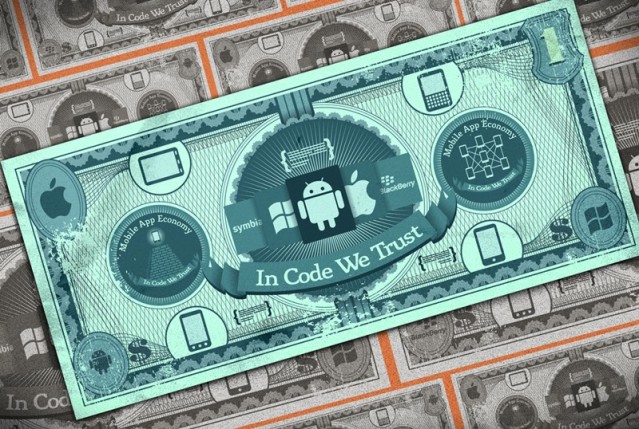 Our research shows some significant variation in average developer revenues depending upon the revenue models being employed. An investigation of the relative popularity of revenue models versus revenue generated across the major platforms produces some useful input for app development strategy and planning. Unsurprisingly, the simplest revenue models to implement, like paid downloads and in-app advertising, tend to be the most popular. The often repeated stereotype that “Android users don’t pay for apps” also leads to a strong preference for ad-supported apps on Android, while iOS developers prefer paid downloads. Slightly more surprising is that although Android has a larger user base who seem less inclined to pay up front for their apps, freemium and other in-app purchase schemes are less popular than on iOS. It would seem that on average [tweetable]iOS developers are more sophisticated in their approach to the app business[/tweetable].

When considering revenues it’s important to note that the distribution of revenues in the app business is highly concentrated at the top and there are a lot of hobbyists who earn nothing. We exclude most hobbyists, those who’ve not started earning revenue yet, the mega-rich chart toppers and large publishers from our analysis by only counting developers with between $1 per month and $5 million per month in revenues here. Even so, there is a fairly large “middle class” of smaller independent developers with a lot of users and high revenues. As such there’s a massive difference between mean and median revenues even in this subset.

The revenues shown in the chart above don’t necessarily all come from the platform or revenue model they are linked to – [tweetable]developers use multiple revenue models and multiple platforms[/tweetable]. For example, amongst developers who target iOS first the in-app advertising model appears to do much better than for those who target Android. Although iOS advertising rates are higher, this isn’t the primary cause, since very few of our iOS respondents derived most of their revenue from ads. The actual reason is that many of those using ads also used a freemium upgrade model (presumably paying to remove the ads and possibly add features) and derived a significant fraction of their revenue from that also. The same strategy does not appear to work as well on Android. Although not entirely accurate, we’ll refer to revenues by platform and revenue model as a shorthand in the rest of this post because it’s a reasonable approximation in most cases.

Interpretation caveats aside, one thing that seems clear from this data is: [tweetable]the more popular the revenue model, the less successful the developers using it[/tweetable]. The exception here is contract work, which shows much higher revenues on iOS and lower on Android relative to its popularity. Although there’s some evidence that contract development rates for iOS are slightly higher, the difference is mostly due to where the platforms are most popular with developers. Otherwise, most revenue models show slightly higher mean revenues on Android but significantly lower median revenues. There’s also a link between the average number of people involved in app development in an organisation and the revenue model. More people involved, may signal more complex development for the associated apps. The fact that this is also associated with increased revenue is possibly related to using the extra development complexity (or team size) on a more sophisticated revenue model. It is not the case that more people involved results in higher average revenues per person in general. In fact, there is a very strong peak in mean revenue per person for organisations with 6-10 people involved in development – there are probably some significant efficiency losses above this size.

The subscriptions gold mine

Across both Android and iOS, [tweetable]subscriptions generate by far the highest mean revenues[/tweetable]. Median revenues for subscriptions are also higher than every revenue model except contract development. At the same time, only just over 10% of developers use a subscription model and the average number of people involved is lower than for all but the simplest revenue models. Mean monthly subscription revenues for Android-first developers are 3 times higher than for their iOS-first counterparts. It seems that Android users not paying doesn’t apply to subscriptions. However, median monthly subscription revenues on Android are less than half those on iOS, so there are a smaller number of very big winners with Android-first subscription businesses.

Should more developers be trying to build subscription-based businesses? Almost certainly yes, but they’re not for everyone. While 53% of developers using the paid download model and 45% of those using in-app advertising are in 1-person companies, that’s only the case for 20% of subscription businesses. In fact 53% of the subscription businesses in our survey had more than 5 people, not all of which are directly involved in app development. This is because many popular subscriptions include continuously updated content and there’s significantly more work (and cost) involved in providing ongoing content for subscribers. Our survey has also shown that money is not a primary motivator for lots of developers and managing the content side of the business may not be something they’d want to be involved with. For entrepreneurs looking to build successful app businesses, the subscription model is definitely worthy of further investigation.